Two Sides of The Coin 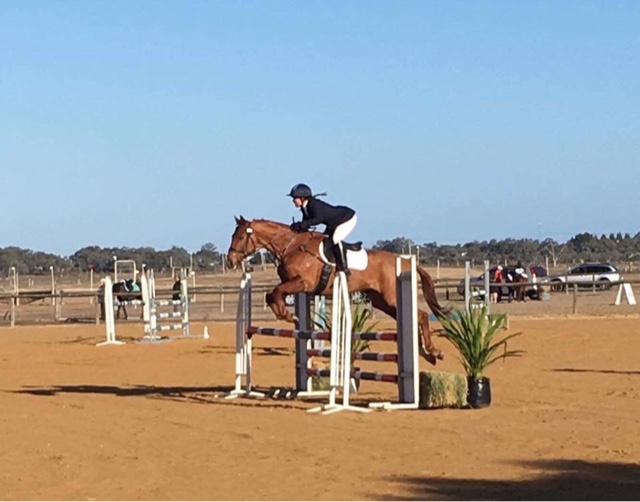 The last couple of months have presented me with several challenges. Obviously I've had to recover physically since my fall, however the mental side has been much, much harder - and not in the ways you might imagine.

Not being able to remember the fall is a blessing and a curse. It is good to not have any direct negative memories - however in being concussed and not being able to remember, my brain seemed to "invent" various (scary!) scenarios. The days (and even weeks) after were a very confusing time for me. On one hand, everything seemed normal, but a chunk of time had gone missing forever. On the other hand - my cognitive function was not as good as I thought it was....one morning, I went out to feed horses and couldn't remember what to do (and had a few incidents like this - eek!). Am really thanking my lucky stars that my injury was not more serious. It's only when I look back I can see now why people kept telling me to rest (oops!).

One of the hardest things for me to grapple with at the time was other people's reactions. Some seemed almost angry at me, I guess out of frustration and disappointment. In the aftermath, I had much well-intended advice and many people asking "what on earth happened??!!" In normal circumstances, I'm not one to shirk constructive criticism, but when really not myself and unable to recall the fall or process anything, it was not the right time.

Other people were consoling, bracing themselves for me being terribly disappointed. The weird thing is that I *wasn't* disappointed - I didn't feel anything emotionally in the days after, the concussion wiped that out of the equation. Ironically, even now, I'd have been more angry and disappointed had I had a silly run-out or a simple fall landing on my feet. Eventer's logic!

These reactions from everyone are all normal, given the fright I gave so many people close to me. Riding is a dangerous sport, and as riders we accept the risks involved. The impact on my family and friends,  I must admit, is not something I've often thought through in depth. Because I have no recollection of the fall (or the 30 seconds before and some time after) it's like it never happened to me. It's like that day never happened, like it happened to someone else. However, for many others, it was frightening and caused a whole mix of emotions.

Riding wise, my confidence was not directly affected; I felt the same as always when I got on a horse again. Over time though, I started second guessing myself about ditch fences, so have had to deal with this. It has been weird to run into people and hear various versions of events and what "supposedly" happened. Some thought Snip had fallen. Some told me I'd landed head first. For the record, it would appear from the video analysis we somehow simply misjudged a fence, Snip's legs caught the back of it and I hit Snip's *poll* with my head... was knocked out and then limply fell to the ground. He stayed on his feet and galloped off!

I am still proud though, that despite everything, we made it to MI3DE. We had such a good season until then, with no placings outside of the top 12 and clear XC rounds every time! Just unfortunate we had a mistake at the big event, but that is horses and sport in general. I am very grateful to not have been more seriously hurt and so glad Snip was ok too. In the weeks following though, he unfortunately had a bout of cellulitis, which meant a slightly longer spell than I had planned for him.

The exciting news - we are out competing! I also have another little thoroughbred to compete alongside Snip, named Typo. He came to me to be a school horse, but has made the progression to eventer ;)

Typo did his first HT at Maldon and was very good, despite being green, with a calm dressage test, clear XC and 1 rail SJ. We then travelled up to sunny Mildura for their wonderful event, Snip in the EvA105 and Typo in the EvA65. I was probably not in my most healthy state, having a bout of tonsilitis! Snip was a star, one of only 2 horses in the 24 strong field to finish on his dressage score, placing 8th. Typo placed midfield with a relaxed dressage, super clear XC and 2 rails SJ. 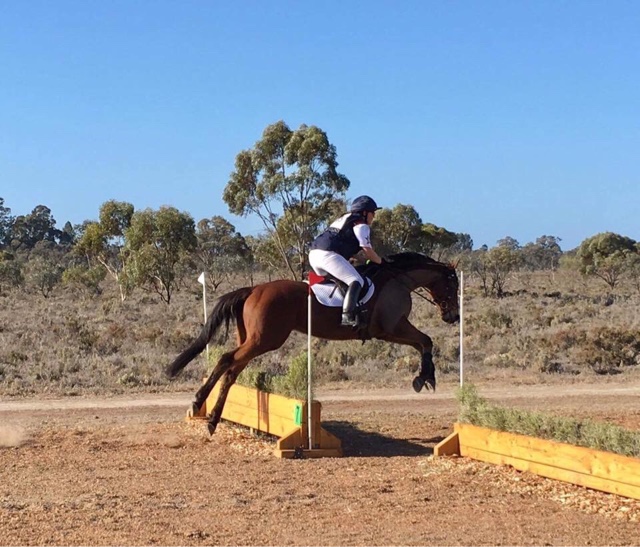