I have managed to get out to three EA horse trials since August. The first of which was Friends of Werribee at the end of July. I had entered both Snip and Henry, but I became so ill with a flu-like virus on the Thursday night beforehand, that I decided I couldn't possibly survive the logistics of an event (on my own) with 2 horses. Henry's dressage was on the Friday afternoon too, so I decided to scrap the plan of going down Friday and give myself an extra day to recover, get packed and just ride Snip. His dressage wasn't until Saturday afternoon, which made for a much more relaxed weekend.

Even with one horse though, it was a battle! I had a cotton wool head and could barely remember my dressage test, so it wasn't all that flash. Because it was our first comp back since May, I put no pressure on myself whatsoever and that approach worked. We finished on our dressage score to move from 21st to 8th overall in our section! Out of 95 Pre Novice starters, Snip was one of 14 clear SJ rounds (just four in my section), so our work in improving our showjumping skills has been paying off. :)  Here is some footage of our Werribee XC round. Not too bad, although we did have a bit of a 'miss' at a fence in the middle.

After FOW HT, we spent three days at an enjoyable showjumping clinic at Pyramid Hill with Guy Creighton. The first day was spent doing grids, the second day exercises on turns and the final day, on riding courses. The constant theme throughout was getting our lower leg position rock solid. After three days riding two horses, it helped me consolidate that (even if I did need a good soak in the bath after!). I was fortunate also to win a 'lucky rider prize' of a bag of feed, thanks to Granny Reilly's feeds.

Avenel HT at its new home of Greenvale was next. Unfortunately, it turned into a 2 phase competition due to extreme winds on the Sunday. Henry got to do dressage and SJ...wasn't a great test, but he was clear SJ. He didn't get to start XC because they cancelled the rest of the event due to the extreme (and dangerous) weather conditions. Snip didn't get to showjump as they couldn't keep the jumps up! I was happy with his test (was 12th I think, after a lovely flowing and relaxed test) and we were clear under time XC in the most crazy weather, moving up to 7th. Once again, I have footage of our cross country round in insane conditions!

Last weekend we did Candlebark HT and it was a similar theme. Not great dressage (but not "bad" - just not as soft through the back as I would have liked) but clear in the jumping phases to finish 7th overall again. We have been consistent! The flatwork has been a bit rubbish as I haven't had the time to put the hard work in - Snip's been lucky to get 4 rides a week. Even with reduced work, he still holds fitness and goes out and performs so well. I am very lucky! Henry didn't get to start at Candlebark as he was on a waitlist. I reckon he has perfected the art of getting out of events, as he's just about missed everything thus far!

I have Bulla ARC HT and HRCAV Top Teams dressage in November, then that's it for me comp wise in 2014. I wanted to do Lakes and Craters 3DE, but family commitments mean that this year I will have to give it a  miss. Time to work a bit more on the dressage side of things (it will be no stirrup November for me!).

In other news, Ted (Koyuna Enchanted) is soon to be broken in and I have another horse...but that's a story for another time. ;)
Posted by Me at 16:08 No comments:

It's been a long time!

Yes, I know. It's been a long time between blogs. For quite a long time, my sleep deprived baby brain just couldn't get into the creative groove (I struggled to even read a book!) so my poor blog has been rather neglected.

Ok, so the last 12 months. Let's start at the beginning...a very good place to start. I'll try to make this quite a pictorial blog, it might save me several thousand words.

About 13 months ago, we welcomed Hamish into our lives. He started off as a wee little thing and like all new parents, for a while we wondered where the instruction manual was located! I know it sounds cliched, but it is really hard now to remember life without him! He is now a gorgeous 1 year old and enjoying doing all the things busy 1-year-olds do. 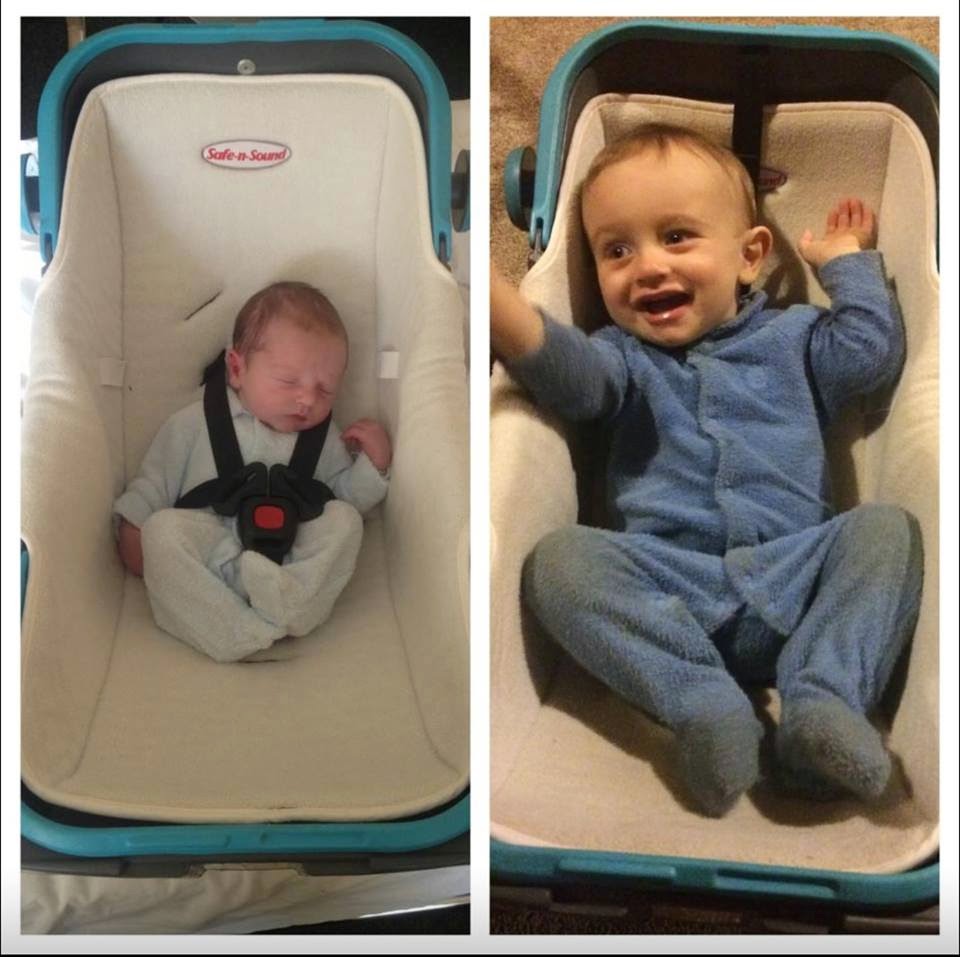 On the horse front. I was back riding within weeks of having Hamish, attending an ARC rally 7 weeks post baby. I decided to not worry about competing initially - just getting back in the saddle was enough to start with. I was also without a horse float for several months, having sold my float earlier in the year, so that curbed my competitive aspirations somewhat. I played spectator  when possible however, getting out to watch Snip compete whilst he was out on lease. In January, I finally picked up my shiny new wheels and was back on the road.


In December, Snip came home. The original plan was for him to be sold - which very nearly happened . To cut a long, boring story short, several circumstances changed and he's still here. Obviously the Universe had another plan - which now many months on, with the power of hindsight, I can say was extremely fortunate for me!

In April this year, I resumed competition with Snip. Our first competition was Westcoast Horse Trials at Lara. Although Snip had plenty of mileage in more recent times, I was a bit rusty, so wasn't sure how our return to competition would go. As it turned out, it went very well and we finished 2nd in the Level 1 class after dressage, and stayed there overall after good cross country and showjumping performances


From there it was onto Dunolly HAC's inaugural Horse Trials at the start of May. This time, I was very ambitious and decided to compete both Snip and Henry (what was I thinking?!!). Despite it being a logistical nightmare, we survived. Snip did a lovely dressage test to lead the Level 1 and Henry was lying 5th in the Level 3. After a clear XC round and reasonable jumping round, Snip took out the L1 section (yay!). Henry jumped clear SJ, but a few problems XC left him 13th in his section. We have a few kinks to iron out on the cross country side of things with Henry, but he is still relatively inexperienced in this area - having considerable time off eventing in recent years (and always seeming to find a way to miss an event if he can wing it!).

We backed this up with BDFEG's dressage and Combined Training comp the following weekend  - with Snip winning both his dressage tests & CT and Henry placing 2nd in his first Level 2 CT.

Over the winter we all had a break from competition, with the short days and my return to work part time limiting time to train. We have been busy with property improvements though and I'm pleased to say our houseyard fence is finished. Timing is perfect, given Hamish is not *yet* walking.


Since Spring has rolled around, it's been all systems go. I've been to Friends of Werribee HT, a Guy Creighton SJ clinic and most recently Avenel HT - reports to come. In time, I also hope the creative and analytical parts of my brain return so I can share with you some of my insights into juggling motherhood with horses (why has no one written a book on this?), reviews of the latest equestrian books and other such things. Stay tuned!